When Leo Castagno, the creator of Grow it Now! Started gardening 37 years ago, everyone had an opinion to share about growing seasons and planting times. He has lived and gardened in Utah, Connecticut, Iowa, and Idaho, and heard all of what the traditional gardeners had to say.

He would read on seed packets, “Plant as soon as the soil can be worked”, and the wheels in his mind started turning. He noticed a contradiction between the growing traditions of the area he was living, and what seed producers said was possible.

So he decided to experiment. 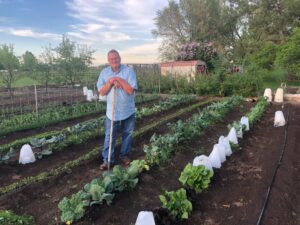 He started planting earlier, and when the weather report showed that a freeze was coming, he would cover the plants with towels, blankets, or sheets, and then remove them when it warmed up.

The chance of a few freezes in March and April was worth the harvest that would come quickly from early planting.

But he wanted to give himself better odds, so along with his cold crop planting of cabbage, cauliflower, and broccoli in early March, he conducted his first product experiment. 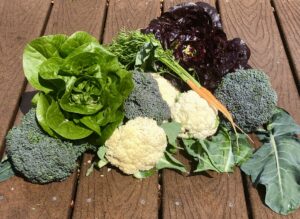 He removed the tops and bottoms of #10 aluminum cans, planted his plants, put the can around them, packed soil around that, and then placed a milk carton over the can, which acted like a little greenhouse.

But storing the cans and jugs was a pain, and the cans were difficult to come by. They were also much too small for the plants! They would grow up to the milk jug and then would bunch up, unable to grow any taller.

So he started thinking of new ways to get the job done.

He developed the prototypes of Grow It Now! Plant Protectors and they were giving him exactly what he wanted: a growing season that started in ground in March, allowed him to harvest by Memorial Day, and then plant a second crop soon after.

The air and soil inside of the Plant Protectors was 30-40 degrees warmer than the air and soil outside, the bugs couldn’t get in, and honestly the cold crops were harvested before most bug eggs even hatched. 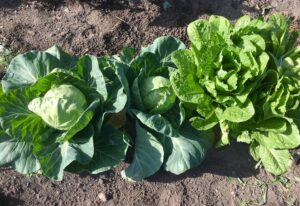 So the message is this: try it all out for yourself!

Traditional gardening will cripple you from finding new ways to get the results that you want. Grow it Now! was created out of a hunger for more; a way the push the boundaries, and it has paid off. Try our products out yourself and see what you think! All of the traditional gardeners around you will be shocked, and that will be so fun to see! 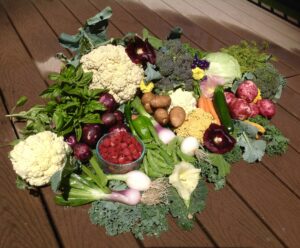